Barack Obama, Charlie Chaplin, Benjamin Franklin, Leonardo da Vinci, Saurav Ganguly are left handers. The list is huge. They form a part of a group who hold pens in their left hand while writing. In fact, their number is quite considerable - seven to ten percent of the adult population in this world is left-handed. 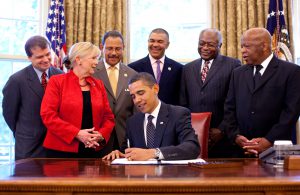 It can be very difficult for a left-handed child to learn to write if the teacher does not take the student's left-handedness into consideration. In fact, till the late 20th century, some UK schools were discouraging children from writing with their left hand, often seriously affecting the child's development. Many left handers develop a poor handwriting and/or posture, not because of their abilities but mostly due to the lack of proper guidance when they first learn to write.

As a parent, you can encourage your child who is left-handed to continue writing with his/her left hand rather than scolding and forcing the kid to change his/her natural writing hand.

The most common problems are:

The hook handwriting position where the hand is hooked around the writing instrument, in an attempt to angle the pen or pencil in the same way as a right- hander would. This causes the arm and body to be hooked into an awkward position, making handwriting very uncomfortable and slow.

When the hand is following the writing line, it will automatically smudge the writing as it follows along.
Overtight grip

This leads to cramped, badly formed letters and erratic writing style and is also very tiring.

Many of the problems left-handed children encounter can be solved fairly easily, by
following these guidelines:

Writewiz Handwriting Curriculum has specific methodologies and writing practices for left handers that are easy to teach and learn.

Get Social with us

" Writing is the art of mind through words.
Let's make it beautiful. "